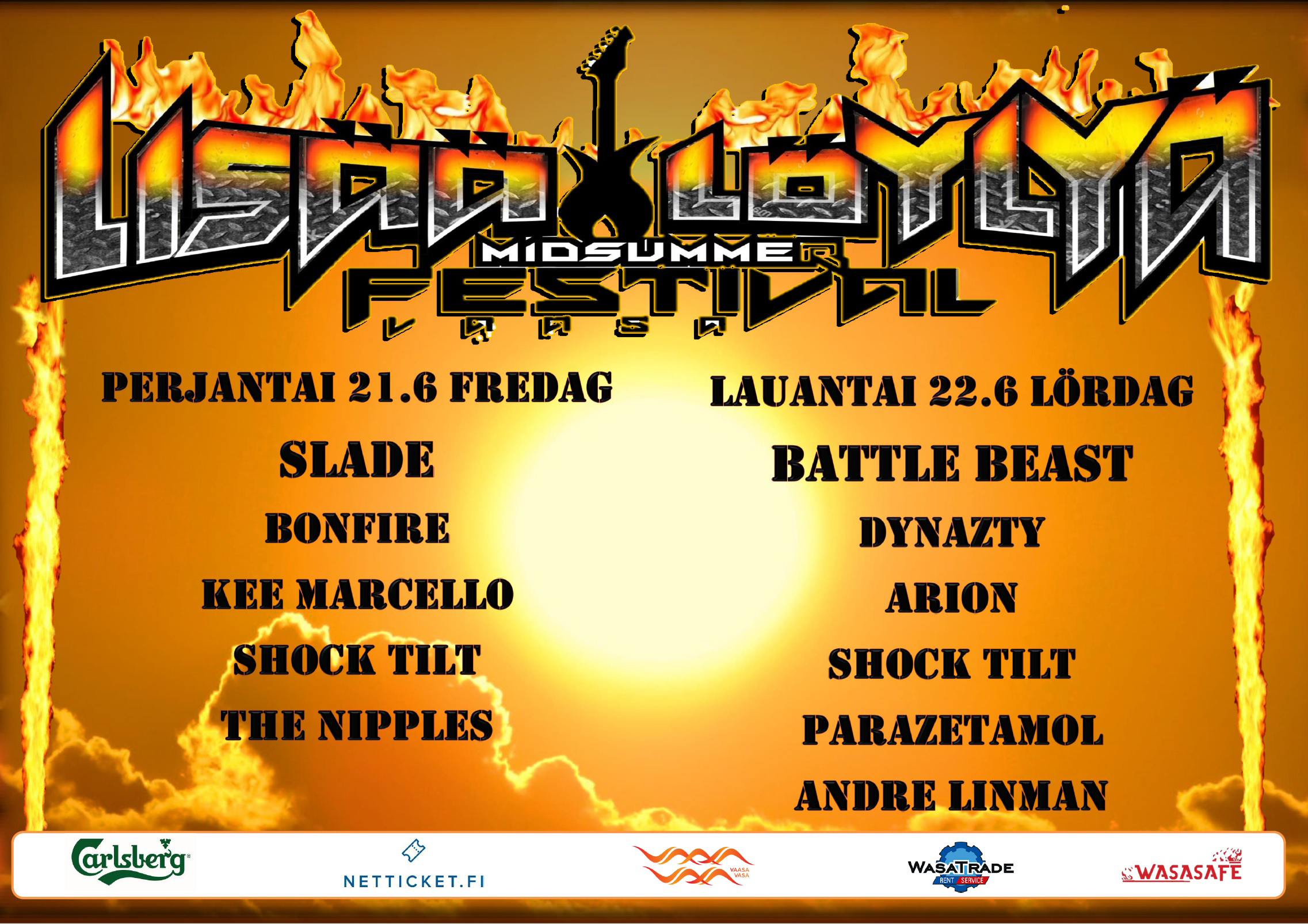 as Shock Tilt made music appeared in Finnish broadcast

a few weeks ago.

With the advice of Leslie West (Mountain) and David Reece (Accept)

he writes a song, and travel to Stockholm to sing with rock band Shock Tilt.